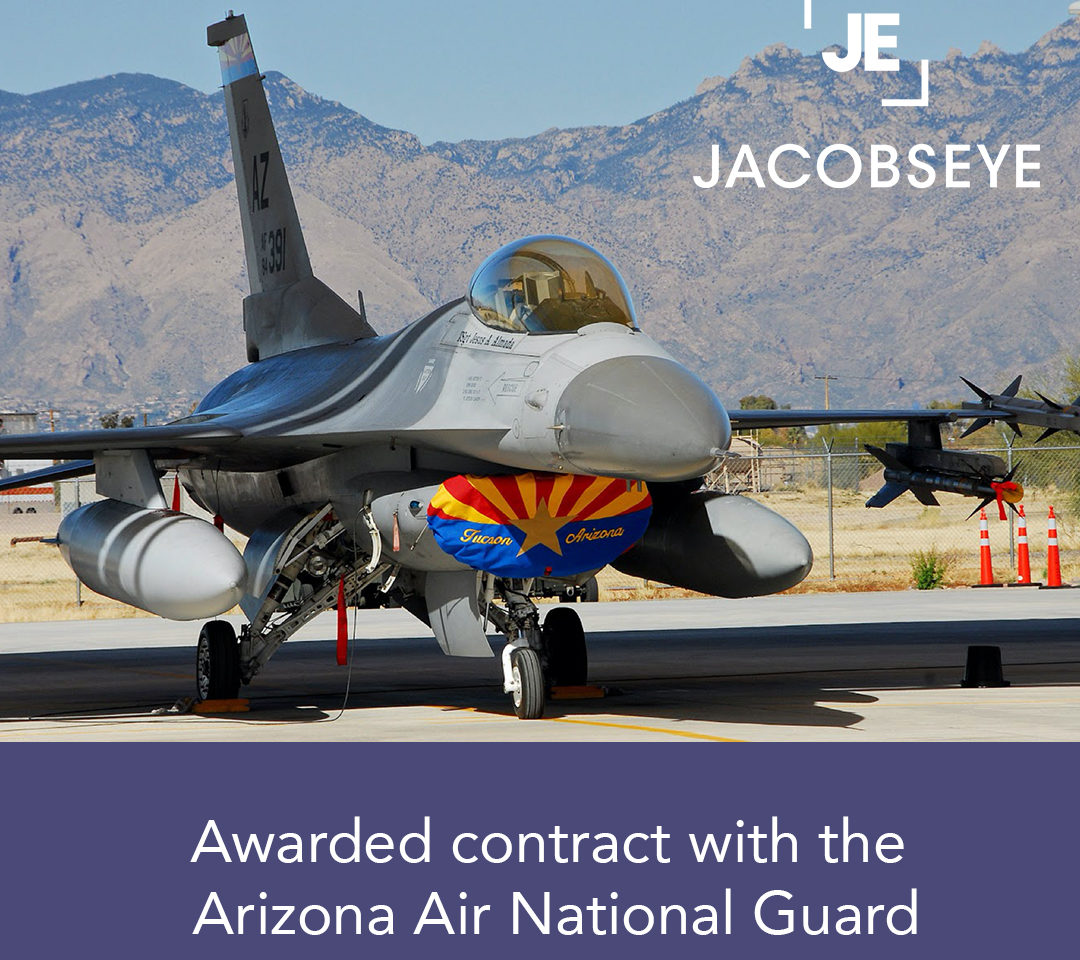 Agency will be responsible for media placement to support recruitment efforts for the Arizona 161st Air Refueling Wing.

JacobsEye Marketing Agency announced today it has been awarded a contract with the U.S. Air National Guard (ANG). Under the contract, JacobsEye will be responsible for media placement to support recruitment efforts for the 161st Air Refueling Wing in Phoenix, Arizona – one of the busiest air refueling missions in the country.
The 161st Air Refueling Wing’s federal mission is to organize, train and equip units and individuals to meet worldwide requirements in support of the Air Force’s Global Reach mission. It is a combat force multiplier for rapid mobilization, worldwide deployment, airlift, aeromedical evacuation and sustained aerial refueling operations for the United States and partner nation air forces. This is the agency’s second contract with the ANG.
“JacobsEye is proud to serve the U.S. Air National Guard again. In 2019, the agency was successful in increasing the ANG’s national brand awareness and helping them attract new enlistees through a multi-faceted national recruitment marketing campaign,” said Delano Massey, CEO of JacobsEye Marketing Agency. “As an agency committed to marketing that matters, we are honored to have the opportunity to assist the 161st Air Refueling Wing in Phoenix recruit our nation’s best.”
As a component of the Arizona National Guard, the 161st Air Refueling Wing provides protection of life and property and preserves peace, order and public safety for the citizens of Arizona. These actions are accomplished through emergency relief support during natural disasters such as floods, earthquakes and forest fires; search and rescue operations; support to civil defense authorities; maintenance of vital public services and counterdrug operations.
Most recently, the agency was awarded a five-year marketing contract with the U.S. Department of Homeland Security to develop a national recruitment advertising campaign for the U.S. Secret Service and a contract to assist the U.S. Navy Atlanta District with job board placement.  JacobsEye has also previously been awarded contracts for the U.S. Army, Centers for Disease Control and Prevention (CDC) and brands including Coca-Cola, Ford, and The Home Depot.
Last year, the agency was ranked at the top of the Atlanta Business Chronicle’s 2020 Pacesetter list of fastest-growing Atlanta companies. This contract further cements the agency’s reputation as a leader in recruitment marketing.

ABOUT JACOBSEYE
JacobsEye is one of the fastest-growing top 10 government marketing agencies in the U.S. Our mission is to create marketing that matters and bring to life brand stories that achieve positive social impact for government, commercial and non-profit clients. JacobsEye is based in Atlanta, with offices in Washington D.C. and Los Angeles.