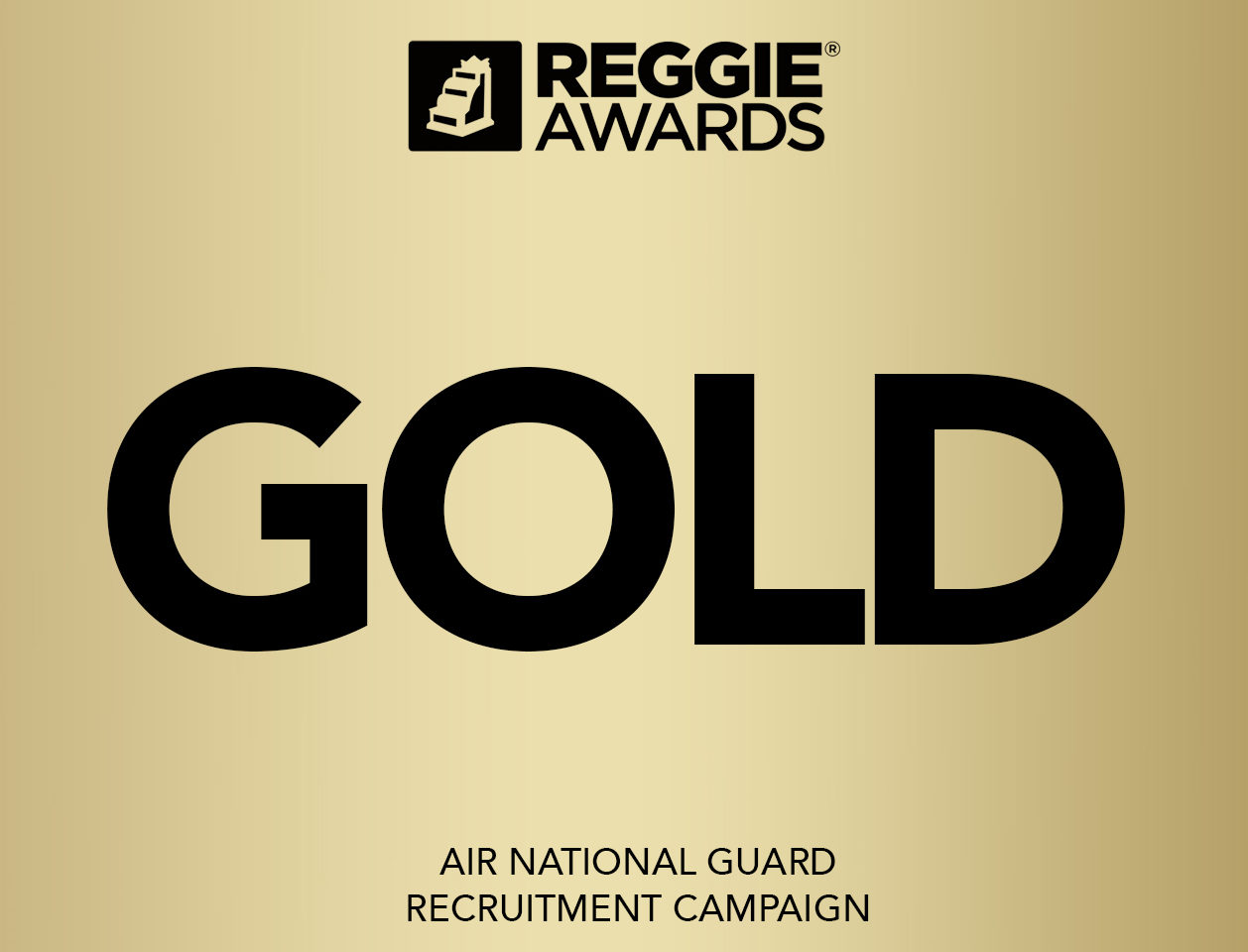 ATLANTA – JacobsEye Marketing Agency announced today that they have been awarded one of the industry’s most prestigious marketing awards at the 37 th Annual REGGIE Awards. The agency was awarded Gold for its local and regional elements of its national recruitment campaign for the U.S. Air National Guard and beat other notable brands including Hershey’s and Got Milk? for the top recognition. As the agency-of-record for the U.S. Air National Guard, JacobsEye developed and launched a fully integrated national and local recruitment marketing campaign that included experiential activations, large-scale events, media buys, social media, public relations and content marketing. The award-winning local component was a media takeover of the NY-NJ metro area with the focal point being a 135 ad-unit takeover of Penn Station for more than 60 days. Through the agency’s targeted efforts, the U.S. Air National Guard met and exceeded its recruitment goals for the year and was the only military branch to do so in 2019. Additionally, the campaign generated more than 4 billion impressions, drove more than 4 million new web users in the first year, and delivered more than 78,000 recruitment leads within 10 months.

“JacobsEye is honored to be awarded a Gold REGGIE Award. When you consider the caliber of the competition from some of the world’s biggest consumer goods and services companies, this is an outstanding recognition of our team”, said Delano Massey, CEO of JacobsEye. “Our team takes an innovative approach to marketing with every client, and this award is another indicator that JacobsEye continues to raise the bar as a top 10 government marketing agency. I appreciate the support that was given to us by Intersection Media in the NY-NJ market which led to the award”.

The award was presented virtually at the Association of National Advertiser’s REGGIE Awards Presentation. A total of 69 awards were presented to top agencies and brands for the best brand activation marketing campaigns of 2019 across more than 20 separate categories. Since 1983, the REGGIE Awards have been the premier industry awards program recognizing the best marketing campaigns activated by brands and agencies. Achieving a REGGIE Award signifies powerful work selected by a jury of industry leaders as a best-in-class example of brand activation – marketing that both builds a brand’s image and drives specific consumer action.