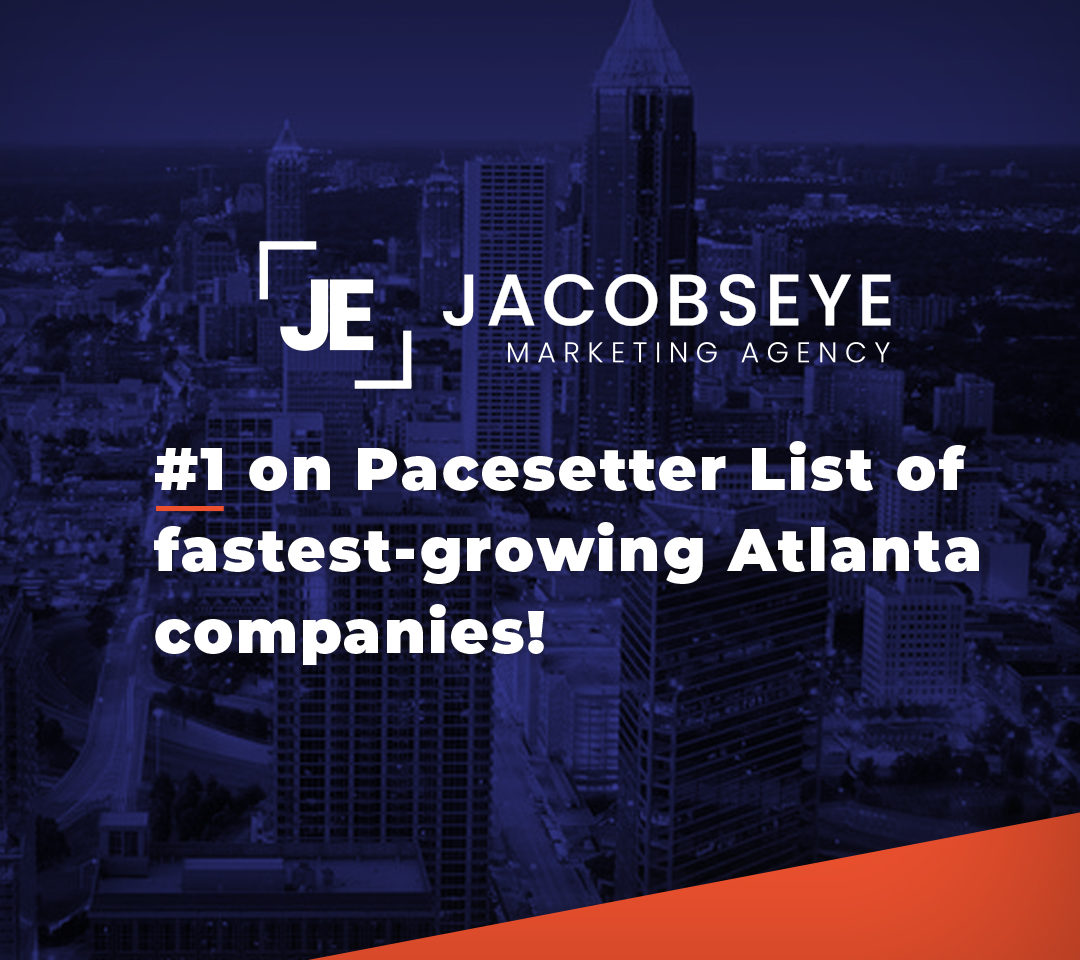 ATLANTA – JacobsEye Marketing Agency announced today it has been ranked #1 on the Atlanta Business Chronicle’s annual Pacesetter list of the fastest-growing companies in metro Atlanta. JacobsEye attributes its extensive experience and successful track record working with the U.S. federal government and its supporting agencies as a key factor to its growth and success.

Most recently, the agency was awarded a five-year marketing contract with the U.S. Department of Homeland Security to develop a national recruitment advertising campaign for the U.S. Secret Service and a contract to assist the U.S. Navy Atlanta District with job board placement.  JacobsEye has also previously been awarded contracts for the U.S. Air National Guard, U.S. Army, Centers for Disease Control and Prevention (CDC) and brands including Coca-Cola, Ford, Nike and The Home Depot.

“We strongly believe that successful agencies are those that build meaningful client relationships”, said Delano Massey, CEO of JacobsEye. “Those relationships can only be built when you put authenticity and excellence at the heart of every interaction. We have an unparalleled record for exceeding our clients’ objectives, but the heart of our work lies in the passion we have for making a difference in the communities we serve. JacobsEye exists to foster positive social change in America”.

To qualify for the Pacesetter list, businesses must be based in the 20-county metro area and not be a subsidiary of another company. It also must have been established in the first quarter of 2017 or earlier, experienced a two-year growth in sales of more than 50%, and garnered revenue between $1 million and $300 million in 2019. JacobsEye’s 2019 revenue increased 316% over 2018 figures and 2,753% over 2017, making it the number one fastest-growing company in metro Atlanta for 2019.

JacobsEye is one of the fastest growing top 10 government marketing agencies in the U.S. Our mission is to create marketing that matters and bring to life brand stories that achieve positive social impact for government, commercial and non-profit clients. JacobsEye is based in Atlanta, with offices in Washington D.C. and Los Angeles.